WE INVITE YOU TO JOIN THE WORLDWIDE LEGION OF ENTHUSIASTIC AND LOYAL KENDALL O’DELL MYSTERY FANS! WE ARE CONFIDENT THAT YOU WILL ENJOY ALL SIX ACTION-PACKED NOVELS THAT ARE CURRENTLY AVAILABLE THROUGH MOST RETAIL AND ONLINE BOOKSTORES. 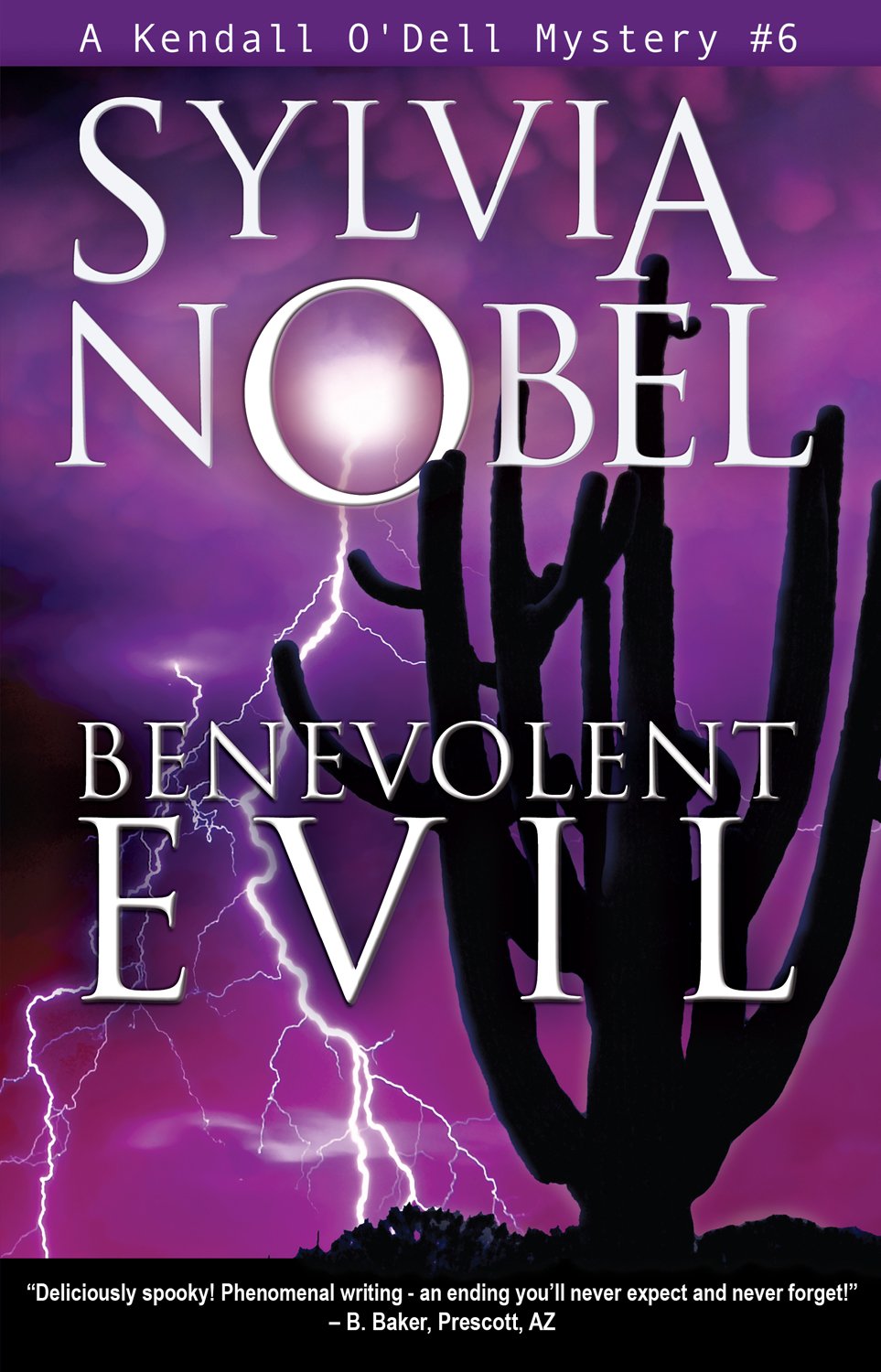 Strange happenings from the past collide with ominous present-day events when intrepid Castle Valley reporter, Kendall O’Dell, investigates the mysterious disappearance of Holly Mason, a young woman with a troubled criminal history, drug addiction and an abusive husband. Last seen at a truck stop near Kingman, Arizona, an eyewitness points the finger at registered sex offender, Nelson Trotter, who recently inherited the Double G Ranch along with his sister, Wanda, who was accused of murdering her husband’s mistress.

While Kendall and Tugg struggle to keep the newspaper afloat, their new publisher, Thena Rodenborn, agrees to invest additional money only under the stipulation that Kendall help her acquire an abandoned church with a scandalous past. Because it’s located on the Double G Ranch, Kendall is forced to cross paths with the unsavory Trotter siblings.

After a second young woman vanishes, Kendall suspects human trafficking. When she begins to close the loop of sinister activities, it leads her to the brink of death in her efforts to expose a dark and horrific secret.

Hello Readers! I thank you so much for visiting the Nite Owl Books website!
I would like to give you a little more insight and some of the backstory that went into writing the Kendall O’Dell Mystery series. One of my favorite classes besides creative writing was journalism. I thought it would be the best of both worlds to combine my love of writing and my curious nature. But alas, becoming a journalist was not in the cards for me.
About half way through all the various writing courses that I took, my lifelong love of the mystery genre and the unfulfilled longing to be a reporter began to take shape in my mind. I already had a file folder filled with newspaper articles, mostly of unsolved murder cases and a collection of really quirky stories. It came to me suddenly one day that I could combine all of these things together and create an interesting mystery.
It took awhile for my heroine, Kendall O’Dell to come to life. She is a combination of several people who made a lasting impact on my life. I gave her some of their characteristics, some good, some bad, some exasperating, some endearing and yes, a few of my own mannerisms managed to sneak into the mix. I often tell my readers that I live vicariously through this character because she gets to do all the things I’ll never have a chance to do! 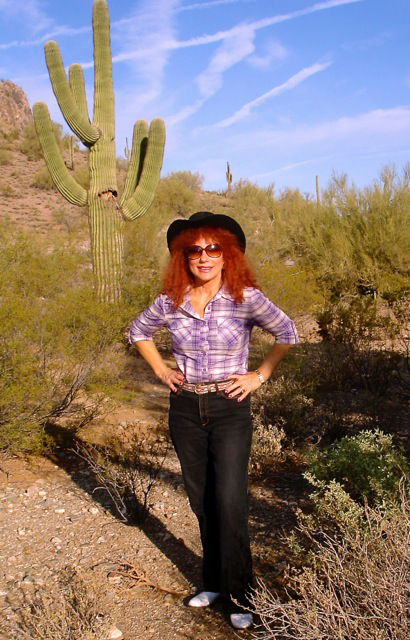 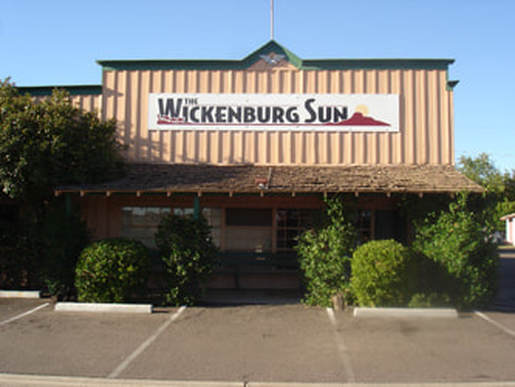 Next came the task of researching the job of an investigative reporter. I read all of the information I could find on the subject and then decided the best thing to do would be too hang out with one while he/she worked. I did just that and picked up invaluable information which I have folded into each of the novels that are based on actual newspaper articles (I thread 10 to 12 articles into each book) and events that happen in everyday life.

The plot line for Deadly Sanctuary, the 1st book in the series, was based on a fascinating situation involving some friends of mine. I combined their extraordinary experiences with a handful of local news stories, injected some history, humor, a dash of romance and Kendall’s adventures began to take shape. 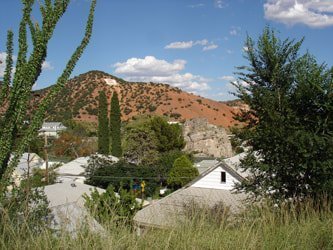 My next challenge was to find a suitable setting. I needed a place that still retained the flavor of the “old west”, a place that had not been urbanized like a lot of the communities in Arizona. After traveling around the state, I finally chose Wickenburg, a quiet, little town about an hour northwest of Phoenix to became Castle Valley in my series. I had great fun just walking the streets soaking up the ambiance and talking to the locals.

The remainder of the cast of characters followed and then came the hard part…actually sitting down to begin putting the story together! The process of writing can be enjoyable, tedious, frustrating and fascinating all at once. 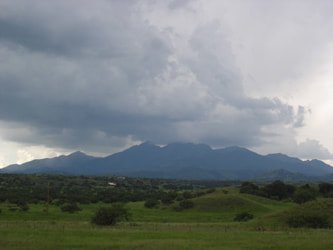 When I finished Deadly Sanctuary, I had no intention of making it a series, but after a while, I missed the fictional town and all my friends, so I returned to Castle Valley several years later to start The Devil’s Cradle. This one is based on the strangest story I had ever read and when you finish it, you’ll have some idea of the bizarre research I had to do to complete it.

I’m happy to say that only a handful of readers have ever guessed the end of this one! I set it in the Bisbee area and used the stunning Dragoon Mountains as a backdrop. My research included going down into a vertical mine and tramping around old cemeteries and ghost towns in Southern Arizona on six different research trips. I loved each and every one of them and so enjoy showcasing the stunning Arizona scenery. I will be posting some of the photos from my research trips soon. 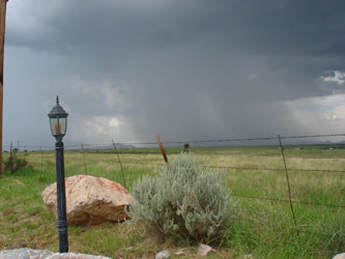 The novels were so well-received that the idea for the 3rd book was born. Dark Moon Crossing, set near the tiny border towns of Arrivaca and Sasabe, tackles the controversial border crossing issue which affects the lives of every person who lives in Arizona and remains just as timely and just as hot of a topic today as the day it was written. I was fortunate enough to have a friend in the Intel division of the Border Patrol who arranged for me to go with him on four ride alongs. I was in on two captures, one of which I wrote into the book. Many people have written to tell me that the ending of this adventure gave them the chills and nightmares. To me, that is good news!

DANGER AWAITS KENDALL WHEN SHE RETURNS TO CASTLE VALLEY

Seeds of Vengeance followed next and I was fortunate to be able to work with Dr. Laura Fulginiti, the leading Forensic Anthropologist with the Maricopa County Medical Examiner’s Office in Phoenix and one of the best in the entire country. She advised me throughout the writing of this 4th book which was based on 3 very prominent cases in the Phoenix metropolitan area. It was quite a challenge, but great fun to write!

Forbidden Entry is the 5th book in the Kendall O’Dell series and based loosely on the true and tragic account of a young couple found murdered near the isolated town of Bumble Bee, Arizona in October of 2003. The bodies of a young woman and her fiancé were found in their sleeping bags in the bed of their pickup truck.  Both had been shot execution style in the head. The mysterious circumstances surrounding this still open and unsolved case continue to haunt me.  There was no evidence found at the scene that has been released to the public, so it is entirely possible, unless the perpetrator comes forward with a confession, that this disturbing and senseless murder will never be solved.

As with my previous four Kendall O’Dell novels, Forbidden Entry is loosely based on several other actual cases and news articles which I fold into the main theme of the book.  Each case is carefully researched.  So follow along with Kendall as she tackles this complex “whodunit” and I promise you another “sleepless night, edge-of-your-seat adventure”!

A SCENT OF JASMINE AND CHASING RAYNA

ROMANCES LACED WITH SPICE AND A HINT OF MYSTERY!

Sylvia’s two romance novels are not just your average “fluff” reads.  Like her Kendall O’Dell novels, both are well-researched, feature strong female protagonists and encompass the breathtaking beauty of the Arizona landscape.  In fact, when her first romance novel, A Scent of Jasmine was first released by a New York publisher, the editor remarked that it “was the best written romance novel I’ve ever read.”

And also like her Kendall O’Dell mysteries, A Scent of Jasmine is based on actual events, some reflecting her own personal experiences.  The story concerns the fate of an old Victorian house destined for demolition in Phoenix, Arizona.

Her second romance novel, Chasing Rayna, is based on a fascinating case relayed to her by a Tucson prosecutor and is set in that beautiful southern Arizona city. 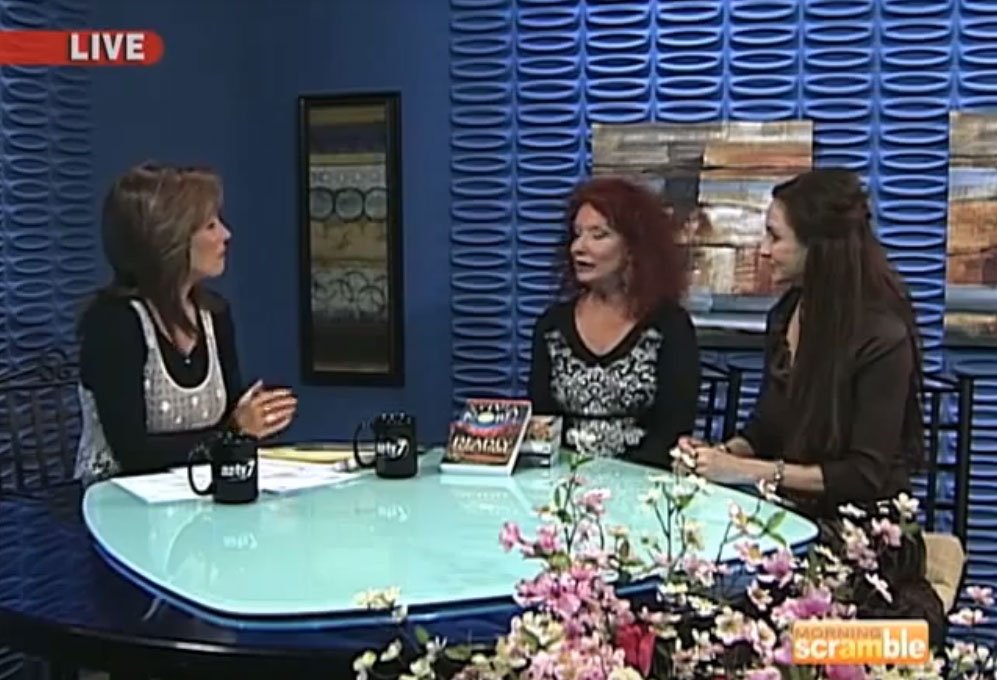 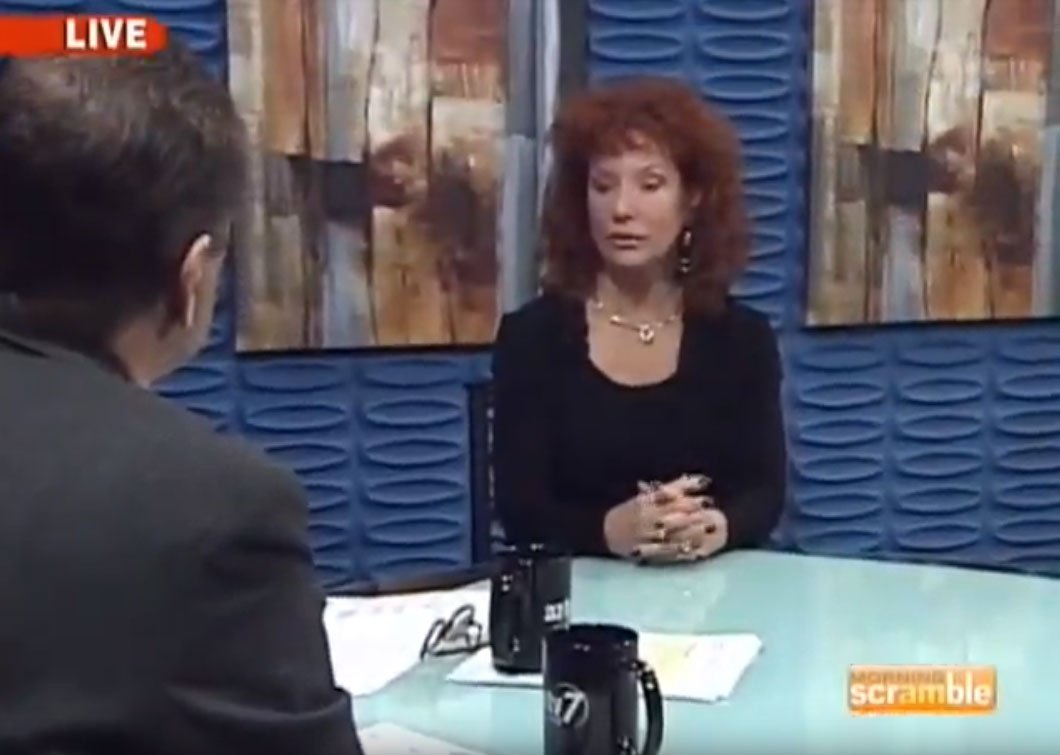 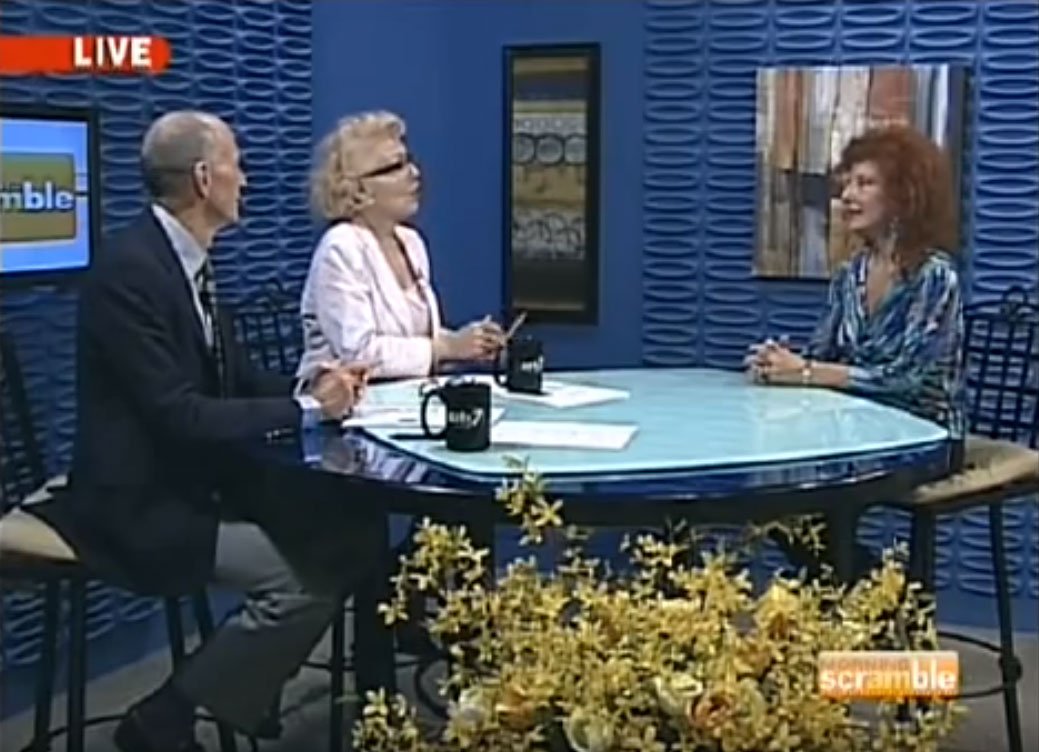 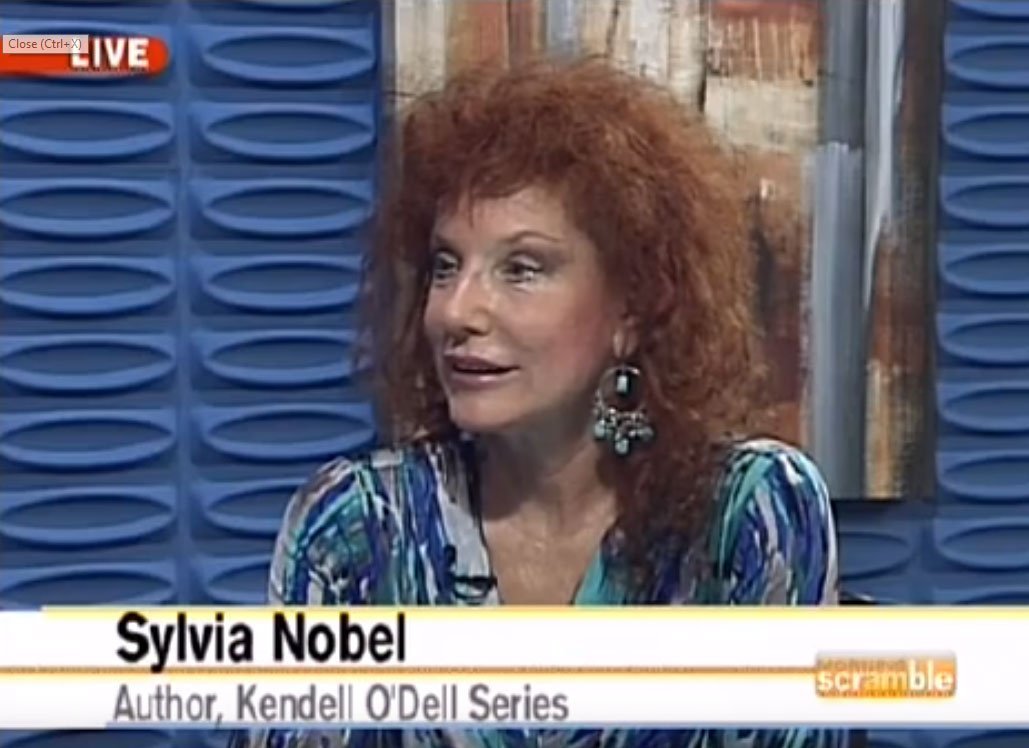 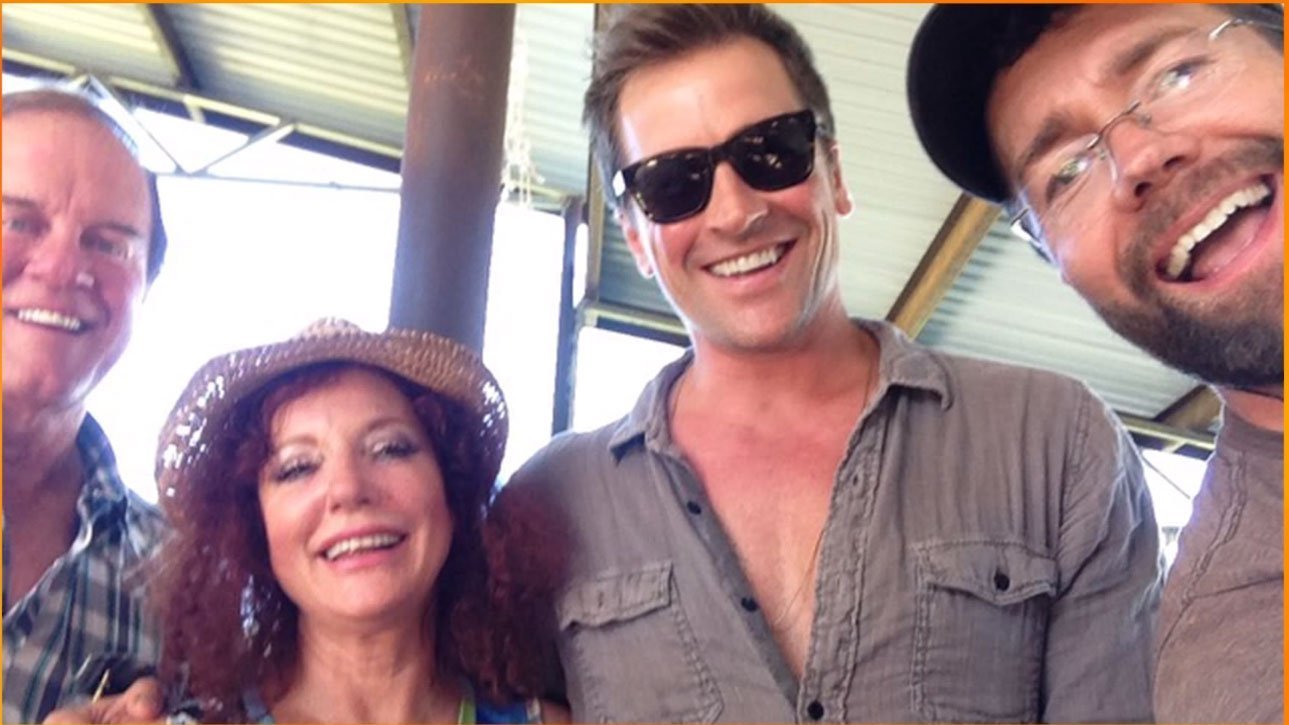