All of NITE OWL's books are available in both print or e-book format from VARIOUS RETAILERS.

SYLVIA'S BOOK ARE AVAILABLE AT THESE RETAILERS

For people caught up in emotionally difficult situations: If you feel like you have reached the end of your rope and have run out of solutions,Space of Love offers an energizing lifeline and a brand new perspective on how to approach many personal concerns. 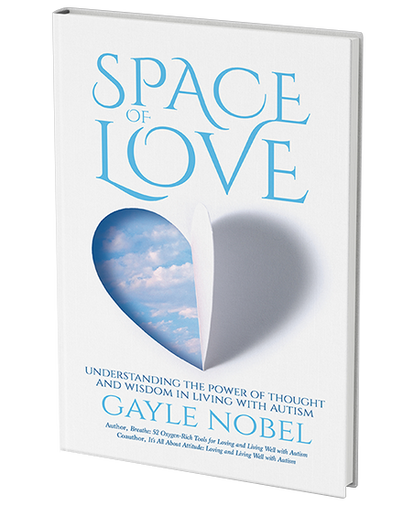 Beautiful, strong-willed reporter, Kendall O’Dell, is drawn into an evil web of conspiracy beyond anything she could have ever imagined when she accepts a position at a small newspaper in isolated Castle Valley, Arizona. Her assignment: Find out why her predecessor mysteriously vanished while working on a story concerning the unsolved deaths of two teenage girls. Why is the sheriff so hostile to her inquiries? Why is the woman operating the local shelter for homeless girls so secretive? And how is attractive rancher Bradley Talverson involved?

In exchange for an exclusive story, feisty, flame-haired reporter Kendall O'Dell agrees to accompany 20 year old Angela Martin to claim her inheritance – a remote gold mining town in southern Arizona. But the bargain soon proves perilous as Kendall delves into the girl's questionable past and unearths a family history of insanity, jealousy and violence that appears to have an eerie connection with the present. Is Angela the genuine heir, or a clever imposter? Was her father's recent death really an accident? And why was she never told of her deranged half-sister who perished in a mysterious fire eighteen years earlier?

A whirlwind of hate and prejudice awaits spirited reporter Kendall O'Dell when she agrees to help a co-worker find her Mexican relatives, who vanished after she'd paid to have them smuggled into Arizona. Kendall travels to the secluded Guiding Light Mission in search of the only eyewitness-a terrified five-year old Mexican boy who claims to have seen frightening creatures and unexplained lights in the sky.

When the grisly remains of a prominent judge are discovered at a secluded Arizona guest ranch, Castle Valley reporter Kendall O’Dell jumps on the story. But as the details of the crime begin to emerge, Kendall’s fiancé, Tally Talverson insists that, for her own safety, she withdraw from the investigation. She reluctantly agrees only to be drawn back in after Tally’s disapproving mother reveals a shocking secret. 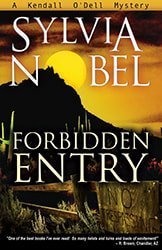 Spirited, flame-haired reporter Kendall O’Dell’s plans to spend her vacation sightseeing with her family go up in smoke after the bodies of a young couple are discovered inside their camper on a closed Forest Service road high in the snow-covered Bradshaw Mountains of Arizona.  Evidence at the scene suggests an unfortunate accident, but then comes the shocking news that one of the victims is the cousin of her best friend, Ginger King.   When Kendall is informed about a tragic event in the young woman’s background and discovers there have been two other questionable deaths in the same area, she becomes suspicious and decides to follow up herself. Her investigation leads her to the hidden community of Raven Creek, populated by a host of shadowy characters, and she puts her life on the line to uncover the dangerous and startling secret. 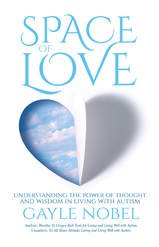 For people caught up in emotionally difficult situations: If you feel like you have reached the end of your rope and have run out of solutions, Space of Love offers an energizing lifeline and a brand new perspective on how to approach many personal concerns.

Striking raven-haired Deputy Prosecutor Rayna Manchester takes on the most important case of her career when she is assigned to a high-profile hit and run case involving the sister and two-year-old niece of Tucson’s popular mayor. But, her well-ordered life is thrown into turmoil when she discovers that the father of the remorseless eighteen-year-old defendant is none other than Tyler Brockwell from her old hometown in South Carolina. Trapped in an ethical crossfire, the protective fortress she has carefully erected around her heart begins to crumble as Rayna struggles to deny her unwilling attraction to a man she never wanted or expected to see again—the man she had spent the past nineteen years trying to forget.

A Scent of Jasmine

A bitter divorce leaves beautiful Andrea Dusseaux distraught, financially strapped and longing to break away from her monotonous life in New York City. When her old college friend, Mo Callaway, calls from Phoenix and asks if she could stand-in as hostess temporarily for a few weeks at her restaurant, Andrea jumps at the opportunity to try something new and different.